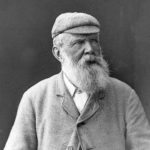 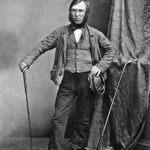 Old Tom Morris’ renown and acclaim – now stretching more than 150 years – can be in part attributed, in my view, to the formative influence of his mentor and playing partner, Allan Robertson.  In fact, Robertson might well have been the first name everyone today associates with the “founding” of golf in Scotland, had it not been for the fact that he died just one year before the founding of the Open Championship.  As Adamson puts it, “there were no championships in Allan’s day.”  Challenge matches were de rigueur.

The similarities of these two men are striking, as are the differences.  In fact, Allan and Tom shared a common great grandmother and their grandfathers were first cousins. Most important, in this instance, is that both men – first Allan, then Tom – kept an album, or scrapbook, as they aged.  Both records survive, and they offer a vital link to the life and times of the golfers and their contemporaries.  These two biographies owe their existences largely to those volumes.

Robertson “rarely lost in singles” matches, but with that reputation, he grew very selective about his opponents especially as the young Willie Park from Musselburgh came to prominence.  It was said that in foursomes, Robertson’s record was even better than in singles, and his album accounts for many of the dominant matches won with his faithful and regular playing partner, Tom Morris, at his side.

Born in 1815, Robertson was raised in a golfing family.  His father and his grandfather were both featherie golf ball makers dating back to the middle 1700s, a trade that Allan pursued with rigor in Fife for 20 years himself prior to the introduction of the gutty.  And while Robertson’s famous split with Morris is well-known, triggered by the use of a gutty by Tom on the course, Allan eventually joined the bandwagon and sold gutty balls in droves.

In those days, as noted by an 1807 historian’s account, the game was played with more dexterity than commonly imagined, with the “play club when the ball lies fair upon the ground, the spoon in a hollow and the iron when among gravel or sand.”  Robertson’s trade was plied in his kitchen, with apprentices Tom Morris and Lang Willie.  In 1848, when Robertson was in his early 30s, the gutta ball made its debut and it created an instant and grave threat to his income.  Morris would recount, some 50 years later, that it was “a gude day” when they each made and sold three featheries.  The gutta percha ball could fly 190 yards against 160-170 of a feather ball.  And they were a fraction of the cost and could be remolded to round over and over again as needed.

Author Adamson includes a brief history of St Andrews dating back to the 1500s that paints a vivid picture of the squalid conditions that beset the town for centuries, including enduring bouts of plague.  It creates an important context for the miraculous transformation that occurred when golf finally became the community’s economic and tourist driver in the 19th century aside the university.  When one stops to reflect upon the fact that there was not even pavement nor a stagecoach in St Andrews until after 1830, it is mystifying to imagine three to four generations of featherie ball makers, their clientele, and the manner in which golf endured against all odds.  Modern golfers think of Old Tom when they think of the origins of golf.  How wrong they are.

As additional context, I note that other books detail the rise in popularity of the game (The Clubmaker’s Art, as example), with cited records of 15 known golfing clubs (organizations) in existence anywhere in the UK in 1837, 60 by 1870 and nearly 1,200 by 1897.  Figuring that the average membership was 75 members per private club employing an average of 7 ‘play clubs’ per golfer, then rising slightly through the decades, the number of golfers in the UK can be estimated to have grown from roughly 1,100 in the 1830s to more than 238,000 by 1897.  The number of actual golf clubs (brassies, spoons, irons) in play over that period would have also expanded from 7,875 to more than 3.1 million in just sixty years – all pre-1900.

There are extensive recounts of matches played by Morris and Robertson against the Dunns of Musselburgh, and the Parks, as example. Both books are highly-detailed, with golfing match recaps, historic maps, images and verbatim presentation of the newspaper clippings and mementos retained by both Robertson and Morris as the sport progressed into the so-called modern era.

Malcolm and Crabtree do a particularly nice job setting the scene of St. Andrews in the early chapters on Morris, including the social, religious, political and economic dynamics that shaped both Robertson and Morris’ careers and renown.  Obviously, the establishment of a railway in the 1830s contributed mightily to the great expanse of golf along with the advancement of the ball and metal forging.  Our two subjects were at the right place at the right time to benefit from the influence of industrialization and the rise of the middle class in the UK.  None of that withstanding, they both also worked very hard for their fame and undoubtedly carried some of the same drive and endless affection for the game that courses through us all to this day.

The Morris biography includes chapters on the origins of tournament golf, much perspective on Tom and his family, the success and tragedy of young Tommy, extensive research on the U.S. connections the Morris’ enjoyed as a result of Tom’s son-in-law’s business dealings in Georgia, and much more.

It is amazing to read that Tom outlived all of his children, his wife, a daughter-in-law, son-in-law, three of his nephews and nieces and all of his school mates.  On a Sunday in May in 1908, Tom took a fatal fall at age 87 down a flight of stairs and fractured his skull.  He died the same day.

There are excellent and detailed notes in the Malcolm and Crabtree appendix worth reading.  The Robertson bio also includes a complete reprint of the rules of golf from 1851.  In combination, these books allow one to emerge with a very real and multi-faceted appreciation for the life of times of these great gentlemen golfers, heroes to those of us who cherish the past. 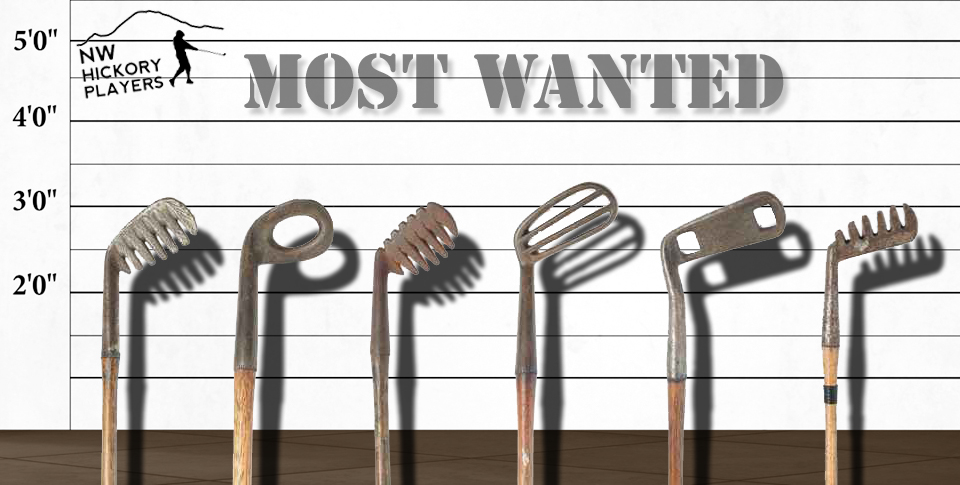 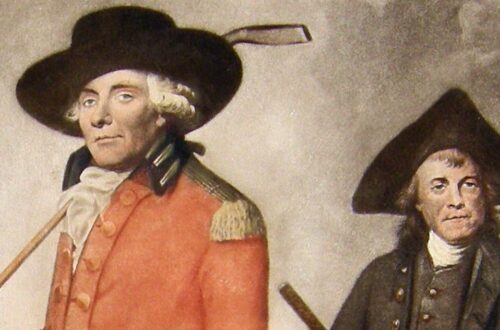