The hardware. You’ve earned more than your fair share of trophies and awards in the hickory golf community globally – congratulations. You comport yourself with class and professionalism and are one of few truly global ambassadors for the game. First, what do you do with all of that hardware, and second, if you could only keep one item, which would it be and why?

I’d like to know what ones “fair share” would be actually. I don’t have many trophies at home, as most are of a perpetual nature. I have been fortunate enough to win some lovely medals over the years that have been beautifully inscribed with relevant motives. Forced to choose, which I would not enjoy doing, I would probably choose the first medal I ever won, which was the 2009 French Hickory championship. By the way this was my first, of many, head to head battles with Randy Jensen, as it was a handsome medal embossed with the scene of the opening day of the Chantilly G.C. in 1909.

The gear. Few hickory players travel and compete as much as you do. How many clubs go with you on a typical trip? Can you tell us about your favorite play clubs and comment on considerations you make in adding or subtracting clubs based on specific events?

Your readers are bound to be disappointed with my lack of information as I am well aware of the amount interest in the technical aspects around the US hickory scene. I carry seven clubs for parkland golf, (Brassie, Baffy, Cleek, Mid Iron, Mashie, Mashie Niblick and Putter) a complete fruit salad of brands and makers, and two more for links golf. (A Driver for a more penetrative flight in the wind and a Niblick for the Pot Bunkers. ) Favourite: possibly the Mashie Niblick.

The ladies. Social media allows us all to see the growing number of players who turn out for big and small events around the globe. I know you’re a student of golf history and you (like me) admire Joyce Wethered, among other historical figures. How often, today, do you get to play rounds with female hickory golfers and what are your general observations about the growth of the women’s game in our sport?

You are absolutely correct in your assumption to my Joyce Wethered allegiance. I am also considerably jealous of her life in general. On and off the course she led a charmed existence. Starting with a childhood full of summer holidays in Dornoch to the incredible success in tournament golf, playing matches in the US with the immortal Bobby in the “hard times” of the depression through to marrying into substantial wealth and becoming Lady Heathcoat- Amory! As to the ladies scene here in Europe, I can report a continued increase in female participation from event to event. The queen of the European Hickory scene is my friend Britta Nord from Sweden with whom I have been fortunate to play many times. 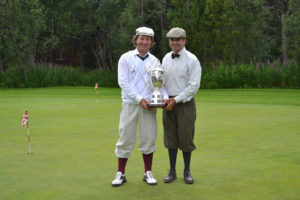 The competition. Match play and stroke competitions, in hickory golf, almost always combine an equal measure of affection and determined competition. Every player wants to win, but most would never trade that for the warmth and spirit of friendship that stems from our community of players. I have found that my favorite match was one that I was virtually certain not to win, and I didn’t, but I enjoyed that round more than any other I can remember. Without naming names, unless you care to, can you reflect on a favorite match in your memory and what made it so memorable?

I couldn’t agree more. The matches we play in early June on the Norfolk Coast against Royal West Norfolk and Hunstanton G.C. respectively, for example, are the most pleasant golf days I have ever enjoyed. No pencil & card golf! Just foursomes followed by a convivial lunch. 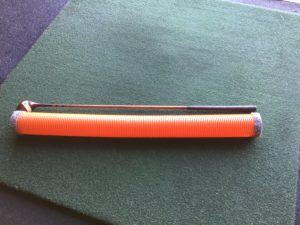 The travel. Few have logged the miles you have in this sport. Are there any simple principles you can share about making hickory golf trips, and the act of packing, fairly efficient? We golfers often have to plan for inclement weather. How do you handle your own preparation, in terms of clubs, apparel and luggage?

Given the disgusting way baggage handlers around the world handle our luggage, I take the extra precaution of packing all my clubs inside a PVC tube that is superb protection for the shafts (see photo). I make no extra plans for inclement weather. I play in a tweed jacket and that was good enough for Braid, Vardon, Taylor and Co. So I have to do the best I can in the conditions with the relevant clothing.

The collection. I’m curious if there is any one club, ball, medal, or golf collectors’ item you would choose, if you could find anything in all of golf history (and someone else would pay for it!) What might that be, and as important, what would you wish to have done with it once you are gone?

This is where I “out” myself as non hard line collector. I wouldn’t have a club or medal as such, however I dream of playing St. Andrews or any traditional links course with a traditional set of long nose play clubs and the feathery ball. That would be very special!

The off season. With your travel schedule, you may not have a clear cut off season, but my question is about care and maintenance of your play set. Do you have annual routines you follow to keep your clubs in peak playing condition?

I do indeed have an off season and by the way, I am no longer as active as previously. I do give my hickories a winter reconditioning. Generally a light sanding down and a light coat of shellac.

The shotmaking. I think most golfers have a shot or two that we enjoy re-living in our memory when we reflect on our time on the links. Can you share one of yours – what course, which hole, what shot did you pull off?

One that springs to mind was in the re-enactment of the “1870 Great Match” against Randy Jensen. We had played for three days on three different courses St.Andrews, Prestwick and North Berwick and I was one up on Musselbourgh’s 15th hole. The hole was a par four with a very difficult two tiered “table top” green. I had driven in the light wispy rough and suspected a “flyer” from the lie. I lay no more than one hundred and forty yards from the hole which was cut up on top of the table. There was no chance of stopping anything played high ( a modern shot) so I played what used to referred to in the hickory era, as a “push shot”. Basically a pitch shot with the mid iron out of my hands and arms only, that flew on a low trajectory, pitched in front of the green and scampered up the steep tier to settle eighteen inches behind the cup. The birdie set me two up and another followed on the par five seventeenth which brought the match to its conclusion.

The future. As someone who meets players all over the world, what’s your prognosis for the future of hickory golf?

I most certainly do not have a crystal ball, however, I am very concerned at the lack of interest in the true traditions and the lack of effort to re-create the atmosphere of the early 1900’s. Far too many corners are being cut and compromises too readily sought. Too many people using carts and trollies, too many wearing modern clothing, particularly in poor weather and far too many playing non traditional equipment. There will most certainly come a time when all the original hickory clubs have been purchased used and broken, but that is thankfully not currently the case. 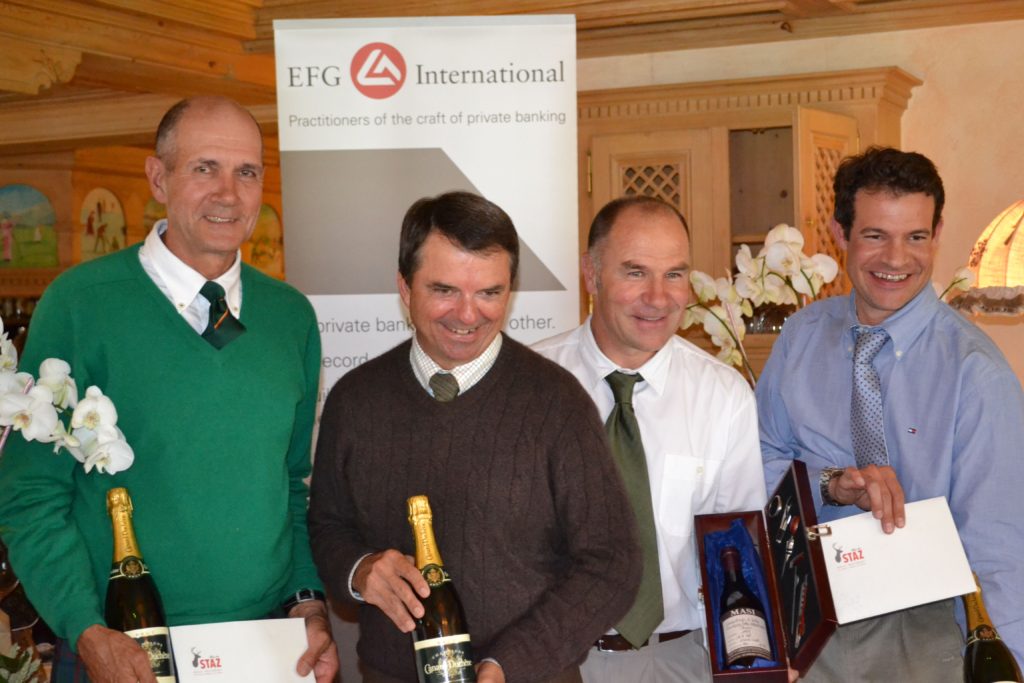