32 player individual match play tournament to be played over the 2021 NWHP season.

All rounds will be played at a course mutually chosen by the players involved.

The players will be arranged by handicap index and matches assigned to minimize strokes given.

USGA rules of golf in effect.

Observe local rules in effect for play on the day of your match.

Preferred lies are not allowed unless stipulated as a local rule on the day of play.

The Stymie rule will be in effect as defined in section 2-7.

All clubs in use must adhere to the SOHG equipment guidelines for tournament play.

The use of electronic or optical distance measuring devices is not allowed.

A match consists of one side playing against another over a stipulated round, unless otherwise decreed by the committee. In match play, the game is played by holes. Except, as otherwise provided in the rules, each hole is won by the side holing out in the fewest number of strokes. In a handicap match, the lower net score wins the hole. The state of the match is expressed by the following terms: so many “holes up’’ or “all square,’’ and so many “to play.’’

A side is “dormie” when it is as many holes up as there are holes remaining to be played.

A hole is halved if each side holes out in the same number of strokes. When a player has holed out and his opponent has been left with a stroke for the half, if the player subsequently incurs a penalty, the hole is halved.

A match is won when one side leads by a number of holes greater than the number remaining to be played.

If there is a tie, the committee may extend the stipulated round by as many holes as are required for a match to be won.

2-4 CONCESSION OF MATCH, HOLE OR NEXT HOLE

2-5 DOUBT AS TO PROCEDURE; CLAIMS, RESULT

In match play, if a doubt or dispute arises between the players, a player may make a claim. If no duly authorized representative of the committee is available within a reasonable time, the players must continue the match without delay. The committee may consider a claim only if the player making the claim notifies his opponent (i) that he is making a claim, (ii) of the facts of the situation and (iii) that he wants a ruling. The claim must be made before any player in the match plays from the next teeing ground or, in the case of the last hole of the match, before all players in the match leave the putting green.

A later claim may not be considered by the committee unless it is based on facts previously unknown to the player making the claim, and the player had been given wrong information (Rules 6-2a and 9) by an opponent.

Once the result of the match has been officially announced, a later claim may not be considered by the committee unless it is satisfied that the opponent knew they were giving wrong information.

The privilege of playing a second ball under Rule 3-3 does not exist in match play.

The penalty for a breach of a rule in match play is loss of hole, except when otherwise provided.

In match play, a player may disregard a breach of the rules by their opponent, provided there is no agreement between the players. There is a difference between overlooking an opponent’s breach and an agreement with the opponent to waive a penalty. Rule 1-3 prohibits the latter.

Decision 2-5/2 Procedure for a Valid Claim

For a claim to be valid, the claimant must notify their opponent (i) that they are making a claim, (ii) of the facts of the situation and (iii) that they want a ruling. They must do so within the time required by Rule 2-5. For example, Rule 16-1e prohibits putting from a stance astride an extension of the line of putt behind the ball. In a match between A and B, if A putts from a stance astride an extension of the line and B states “that is not allowed, you are penalized,” or, “I’m making a claim because of that stroke,” the committee should consider the claim.

Statements by B such as “I’m not sure that’s allowed,” or, “I don’t think you can do that,” do not by themselves constitute a valid claim, because each statement does not contain the notice of a claim, the facts of the situation and an indication that they want a ruling.

If subjected to a Stymie, one may not concede the blocking ball until one’s stroke in regulation has been made.

The player who is further away from the hole has to attempt to play the putt around–or above–the obstacle ball – including chipping.  There is no penalty for striking the obstructing ball.

If a ball is lifted, per this Rule, it may not be cleaned.  It may be placed away from the line of play and replaced on the player’s turn.

If contact happens, the player’s opponent when it is their turn to play, has the choice to take the putt from his ball’s original position or the new lie. 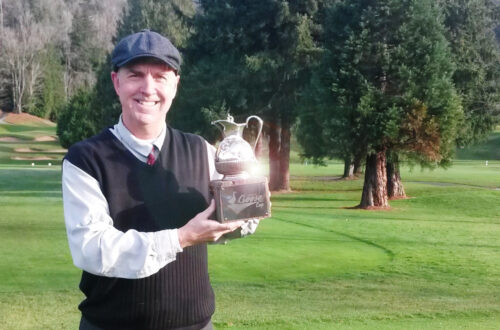 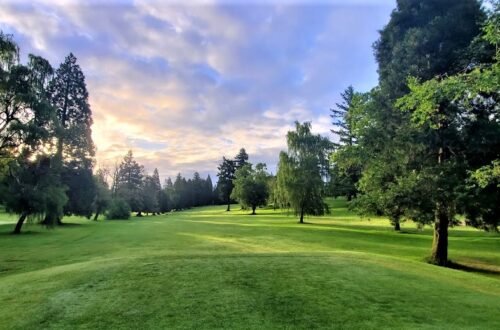 Swinging for the Roses – May 22 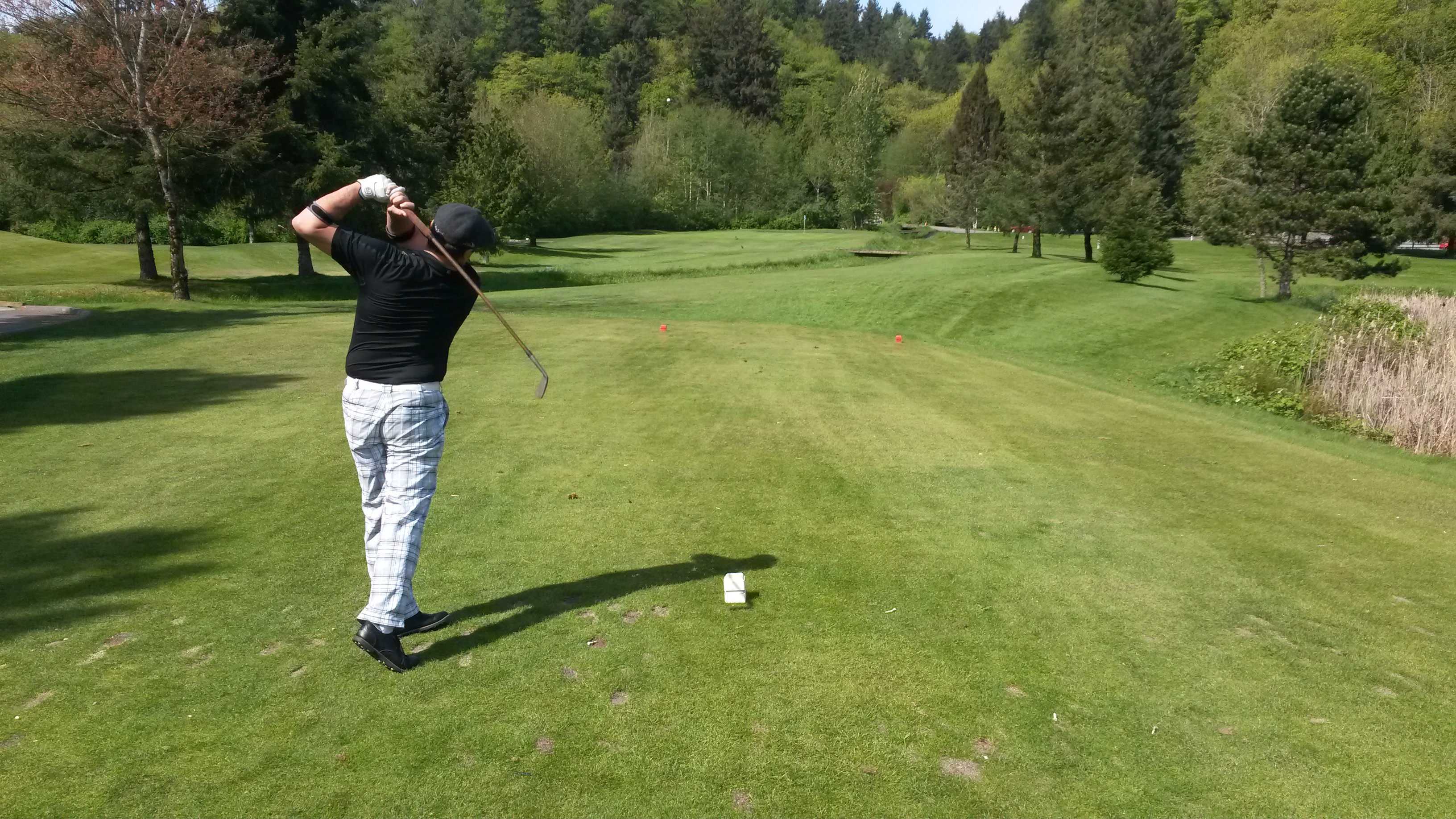