After a round at Jackson Park in Seattle, I was having a beer with my playing partners, a couple of brothers who were 85 years young, and former caddies during the hickory era of golf. We reclined in the café, in the new couch and TV area which had been recently set up, complete with an electric fireplace. I explained to the brothers that our GM, Kathy Wake, had added this area to give the café a sort of Irish bar feel, the first step to rebrand the café into a proper 19th hole. “Every 19th hole needs a name,” I said, “what would be a good name for this place that would lend itself to the sport of golf?” “Niblick & Spoon,” one of the brothers said without hesitation. “Absolutely,” the other replied.

They went on to explain that before clubs had numbers, they had names. Names such as the Brassie, the Mashie, Cleek, Niblick and the Spoon. The Spoon was the hickory era equivalent of a 3-wood, and the Niblick was the wedge.

Hence, the name is a blend of golfing, restaurants, and history. 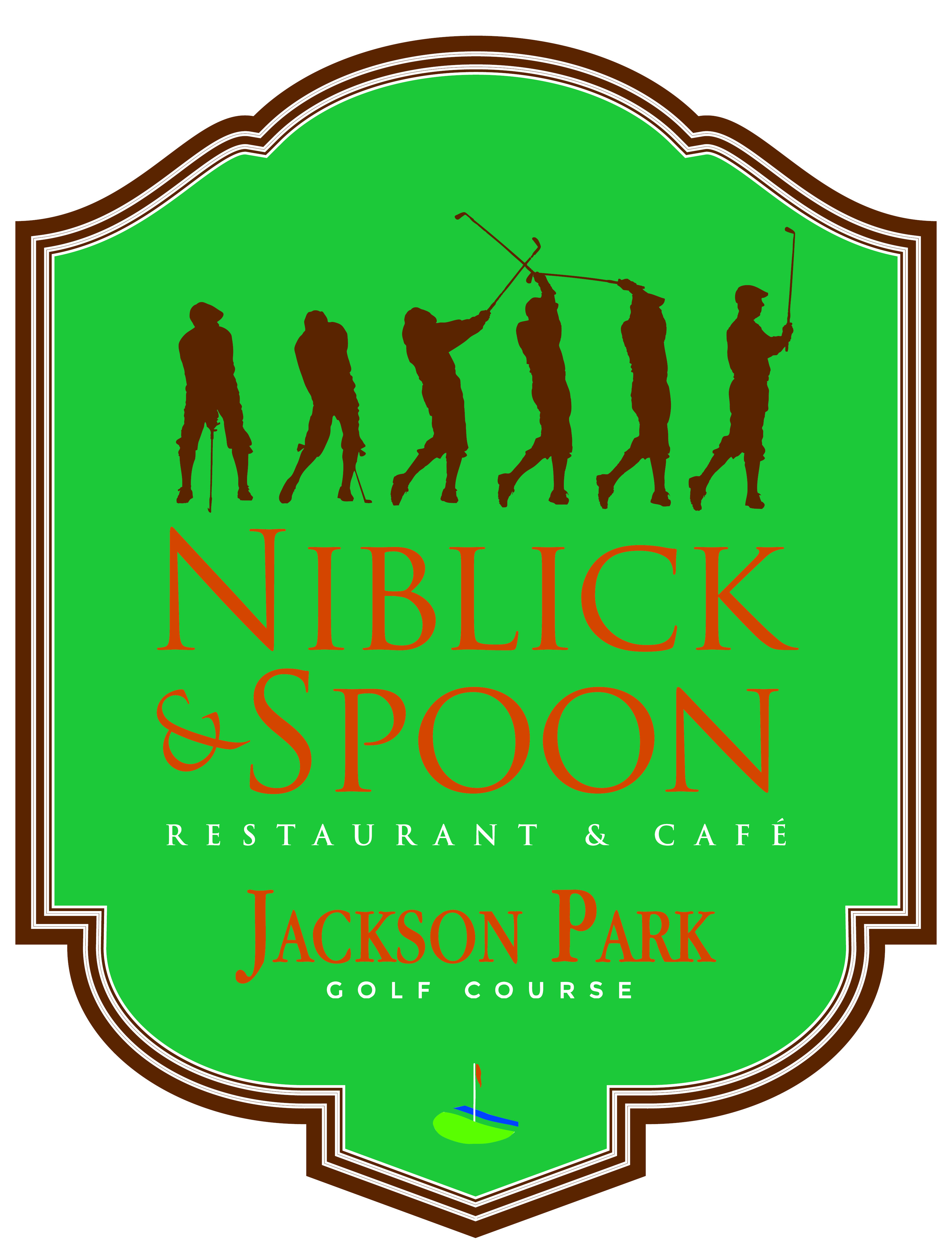 Jackson Park Golf Course opened for play on May 12, 1930, fifteen years after Jefferson Park and ten years before West Seattle. It was during this time that golf was undergoing a major technological change, transitioning from wood shafted clubs to steel. But on that opening day at Jackson Park, most players would have been playing hickory clubs, including the Niblick and the Spoon.

About a year later, I chanced to be playing with Martin Pool, one of the founders of the NW Hickory Players club  in Washington State. He was playing with hickory era clubs, carrying them in a vintage pencil bag, and kicking my butt with them. I retold him the story of the former hickory era caddies and name concept for the café. Inspired, Martin said I should make a sign. He said that if I made a sign, he would personally donate authentic niblick and spoon clubs to display on the sign. They would even say “Niblick” and “Spoon” right on them. How could I refuse an offer like that? I agreed. 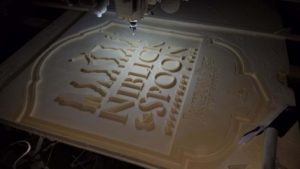 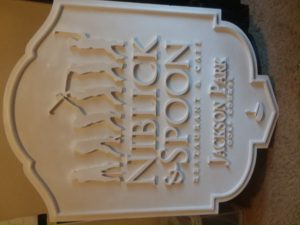 I consulted with Jeff Schoening and John Clements, they advised we would need the city’s approval. I presented the idea to Kathy Wake, and how it would help to further her vision for the café to be more of an Irish pub. She liked it and spoke with Anthony Jones who runs the café. They promoted it up the appropriate ladder. A short while later we had the approval. 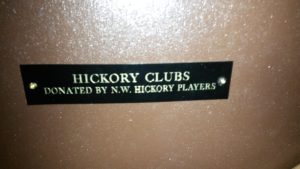 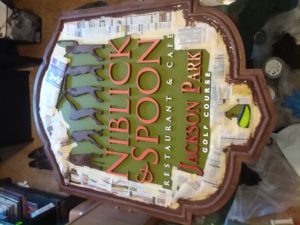 I created a sponsor sheet and went around during our annual meeting to drum up interest among the Jackson Park Men’s Golf Club to individually sponsor such a project. Within the first day we had $400 pledged, and at the second meeting we had it up to $500. Now I had a working budget, although very thin. We would still need to obtain a few favors. 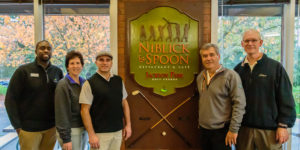 Martin Pool requested a fellow member of the NW Hickory Players to do the graphic design work, Rob Birman. Rob has a unique talent for coming up with cool golf designs and images, he returned the design concept within a day. The multi-image silhouette of the golfer’s swing at the top of the sign is actually Rob, photographed by his friend.

I took the graphic Rob created to a good friend, Kevin Russell, a professional sign maker. I explained how this was a grass roots volunteer effort. He agreed to carve the sign for cost, since it was to benefit a city park. Kevin chose HDU, High Density Urethane, as a base material. He carved it using a router, a vector-based computer program, and some high-tech equipment. Once the initial carving was complete, he turned it over to me for painting.

I hand painted the sign myself using oil-based enamels, for weatherability, and poly-urethane for the final clear coat.
Brock Bowen helped professionally mount the sign in the café. Kit Ledbetter helped to restore and finish the clubs that were donated by Martin Pool and the NW Hickory Players.

This project was a grass roots effort of many volunteers. The final product is high quality and should last for many years to come. My hope is it will inspire players to reflect once in a while on the origins of golf, and the hickory era of clubs, as well as to appreciate the many different ways volunteers come together to take ownership of the park and help maintain it for our all to share.

If you would like to join our club, please visit www.jacksonparkmensgolfclub.org for men, or http://premiergc.com/-jackson-jills-ladies-club for women. If you would ever like to give hickory clubs a try or learn more about the history of our great sport, please visit www.nwhickoryplayers.org.

I would like to give special thanks to Martin Pool, Rob Birman, Kevin Russell, Kit Ledbetter and Brock Bowen, and the two brothers and former caddies with the original idea for the name.

I would also like to thank the following individual sponsors:

May the Niblick & Spoon always be a welcome place for you to recline after a round and perhaps enjoy a pint or two with friends.

The original photo is here: 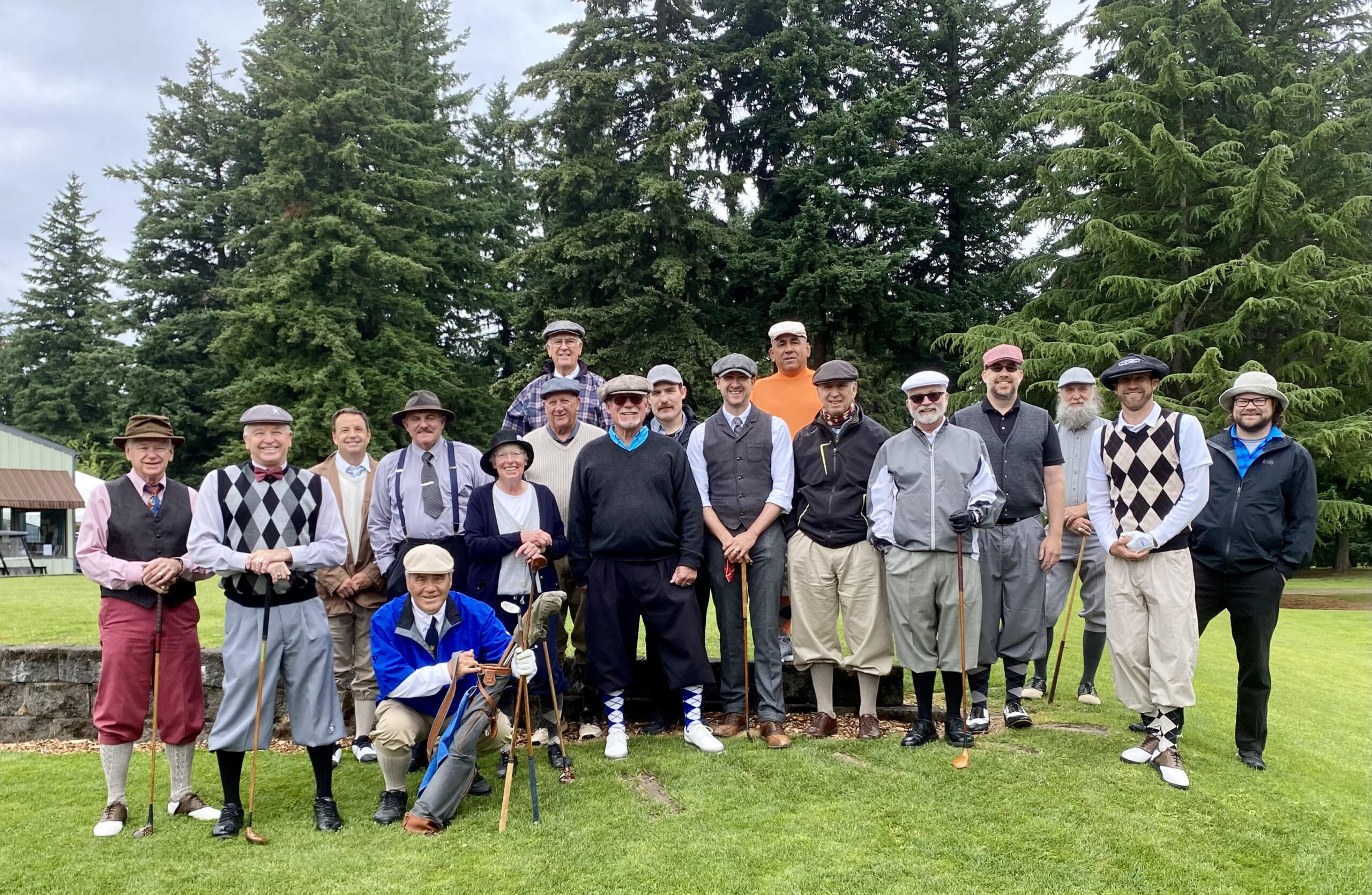